The Indy Autonomous Challenge (IAC) has unveiled its specially designed open-wheel racecar at CES 2021, as teams gear up for the driverless race that will take place in October this year.

The IAC hopes to inspire development of systems that can be adopted for everyday use. The cars will take existing autonomous systems out of their comfort zone, by placing them on a race track with no lane markings and driving at consistently high speeds. This will make the challenge a public testing event for software that can help prevent high-speed road traffic accidents while improving the accuracy of fully-autonomous driving software in areas where road markings are non-existent. 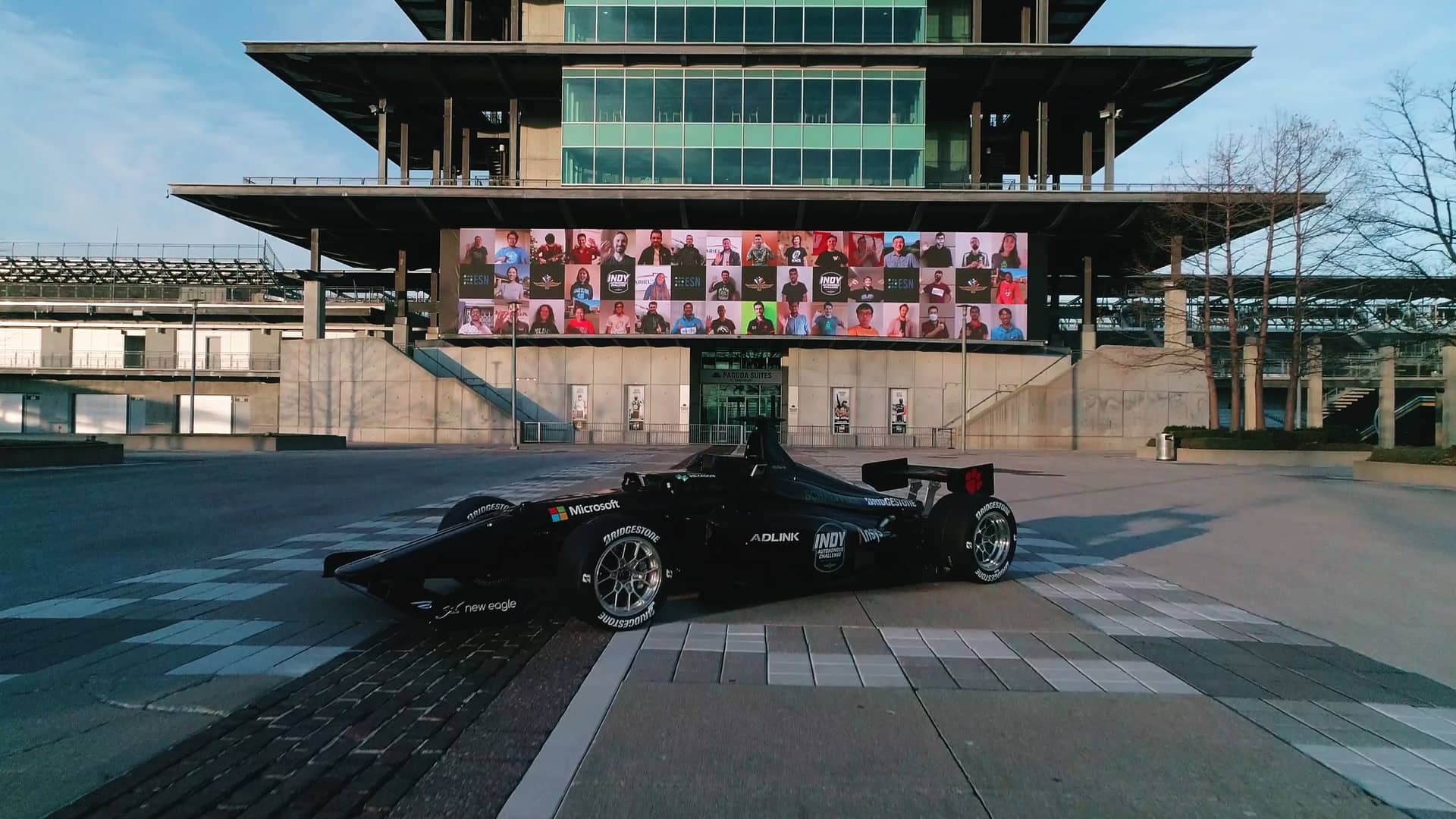 ‘Today, autonomous cars do not have the agility and skill of a trained human race driver,’ comments Sebastian Thrun, CEO of Kitty Hawk and winner of the 2005 DARPA Grand Challenge for autonomous vehicles. ‘What humans can do in an extreme situation is so much stronger than fully autonomous cars can do, and there is a huge gap. I think the IMS is probably the best place in the world to challenge the robotics community to build fully-autonomous cars to be challenged to drive as safely as human race drivers, so by going into a racing context we are stretching this technology to the absolute limit.

‘These robots need intelligence that lets them predict in advance what will happen. It gets even more intense when robots race in the same event because now you have to not just worry about your own dynamics, but you have to work with others. And that has to be in real-time, really fast with an enormous competency.’

Run at the Indianapolis Motor Speedway (IMS), home to the iconic Indy 500, the event will feature 30 teams from universities worldwide taking part in 20 laps of the circuit with speeds of up to 200mph (321kph) expected. Each team will receive a car built by motorsport company Dallara and will develop their own software to allow them to compete in the challenge.

Dallara has been chosen to develop the IAC car due to its close ties with Indycar, having provided the chassis for all teams racing in the Indy Lights series since 2002.

‘The Dallara-built IAC racecar is the most advanced, fastest autonomous vehicle ever developed,’ stated Paul Mitchell, president and CEO of ESN, and co-organiser of the IAC. ‘Our IAC sponsors are providing radar, lidar, optical cameras and advanced computers, bringing the value of each vehicle to $1 million.’

The modified Dallara is retrofitted with hardware and controls to enable automation to enhance safety, control and performance. Components include onboard computing, vehicle-to-vehicle communications, perception systems, high-end graphics processing units (GPUs), drive-by-wire, and artificial intelligence acceleration and powerful central processing units to run IAC teams’ software and algorithms in the car itself.

Motorsport provides manufacturers, component developers and research institutions with an opportunity to develop and stress-test components and systems in one of the harshest automotive environments. Formula E has helped companies to understand battery-electric vehicle (BEV) systems and establish batteries with longer ranges, while Formula 1 is currently helping to create biofuels that will drastically reduce, if not eliminate, carbon emissions through more advanced and efficient hybrid powertrains.